Yokohama, Japan - JGC Holdings Corporation announced today that JGC Corporation, which operates the overseas engineering, procurement, and construction (EPC) business of the JGC Group, participated in the contract signing ceremony for the Basrah Refinery Upgrading Project held in Baghdad, Iraq on October 1. JGC received the Letter of Award for this project in August 2020 by Iraq oil refining company under the Iraqi Ministry of Oil (South Refineries Company). The signing ceremony was attended by Iraqi Minister of Oil Ihsan Abdul Jabbar Ismail, Minister of Planning Khalid Najim, Japanese government officials including the Japanese Embassy in Iraq, and President Yutaka Yamazaki of JGC Corporation.

This upgrading of the Basrah Refinery will newly install, on land adjacent to the existing Basrah Refinery, fluid catalytic cracking unit, vacuum distillation unit, and diesel desulfurization unit, etc. Although Iraq is currently one of the world's leading oil-producing countries, the two refineries currently in operation, which were constructed in the 1970s, are experiencing a decline in production capacity due to war damage and deterioration.

Funding for the project will be procured through Japanese ODA loans from the Japan International Cooperation Agency (JICA), and is the largest-scale reconstruction assistance from Japan since the 2003 Iraq War.

In carrying out this project, the Group plans to conduct skills training for more than 1,000 Iraqis and to hire approximately 7,000 skilled Iraqi workers. Furthermore, it is expected that more than 2,000 operating personnel jobs will be created after the project's completion, which will contribute to solving the unemployment problem in Iraq.

The Group will contribute to the reconstruction and economic development of Iraq through the successful completion of this project. 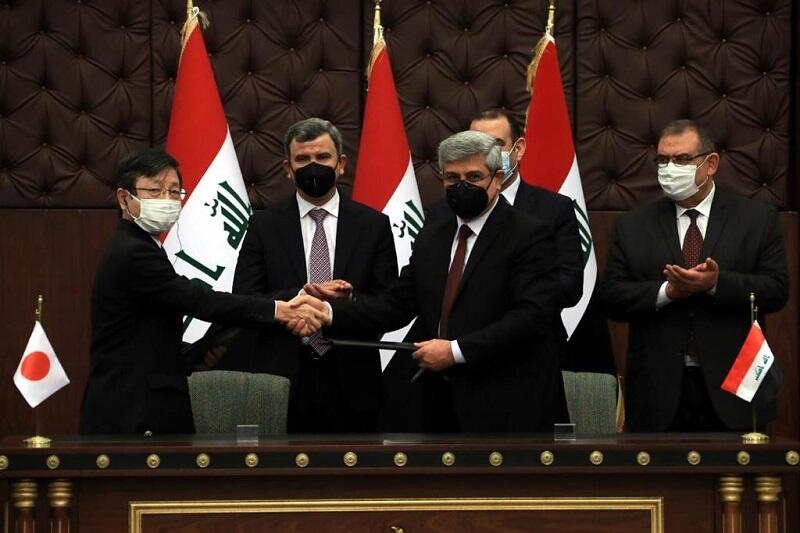